[cue romantic music and camera pan to moon above - oooohhh-waahhhh-oooohhhh].

After much talking and laughing and joking, eventually the girl had to make the move to go home because she had a very early start for work the next that day and since it was 1am she really should be getting a wriggle on.  The boy, not wanting to end the evening, suggested he cook the girl dinner the next that night after the girl finished work.....

Two years later the boy and the girl got married on a farm in the bush.  The girl wore an exact copy of a dress she had found a picture of when she was sixteen and dreaming of getting married.  The boy wore a suit.


Ten years later the boy and the girl are still going strong - some would say stronger than ever.  They still laugh and joke and talk all the time.  The boy and the girl say they love life together and couldn't ever live without the other.  And the girl now knows that the boy doesn't like crowds and tends to stop talking and laughing and joking when in them but that doesn't mean he doesn't like the girl.  Which is good.  Very good.  Happy Ever After Good. 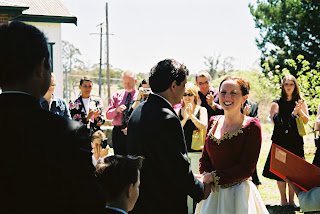 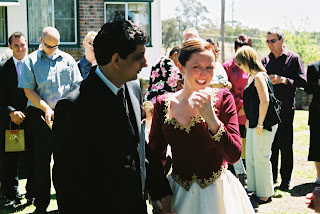 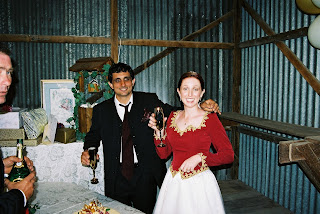