The LOML used to play cards a lot when we lived in Brissy.

A few drinks, some groovin tunes, a shuffle here, a shuffle there, a few more drinks and a couple of cd changes - good times, good times. 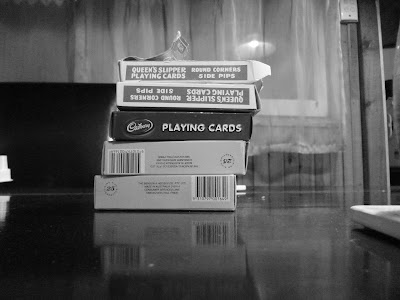 Then we left Brissy and for some reason we haven't had a card night for a couple of years.

Multiple reasons were suggested but they were not accepted as excuses. 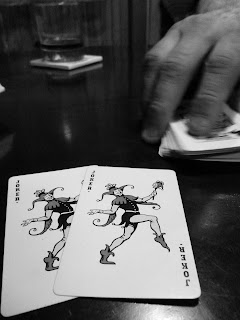 So the other night we rectified that and dug out the decks, cranked up the moozac and poured a couple of liquid relaxants.


It was fun.  Fun we had forgotten we used to have. 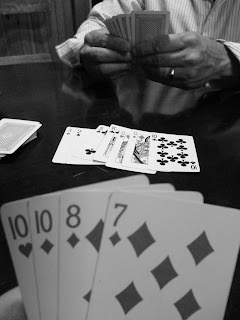 I would tell what we played but it's a game that seems to have morphed over the years into something else.  I think originally it was gin rummy.  Now it's not. 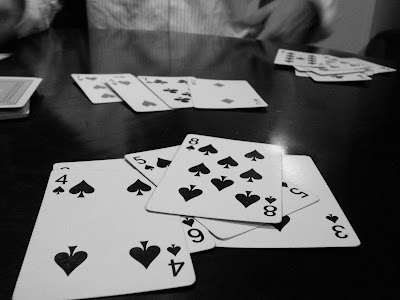 I would also tell the final score but I got thrashed so I'll keep it a secret.

The LOML was very pleased.  It's usually him who's getting the thrashing.  His gloating was very unbecoming.
Posted by Shelley