Of lizards, fairies and cake. Lots of cake.

They grow up so quickly.

Not long ago he was holding out on making his grand entrance, causing his mother a whole lot of pain and delayed relief, keeping everyone waiting....waiting...

And now all of a sudden he is five.  A big, grown-up preppie in the class next to mum, with tastes and likes and personality by the bucketload.

I love my nephew and on Wednesday he had his birthday.  Today was the party.  I love a good party and there is nothing better than a five-year-old's party.  There was even a jumping castle!  How cool!!!

My contribution was the cake. 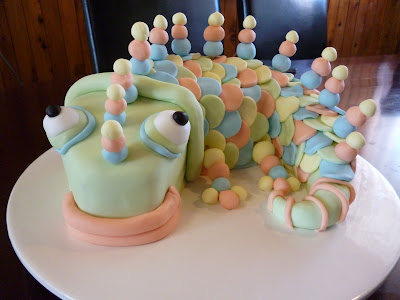 A mulit-coloured lizard at that.  With an abundance of sugar icing balls just right for chomping! 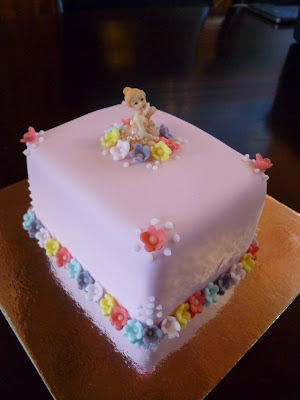 And she loved it.  She called me tonight from her mum's iPhone (young ones and technology!!) and told me that it was too pretty to eat and that she was freezing it so that she could keep it forever.  Glad you like it little one! 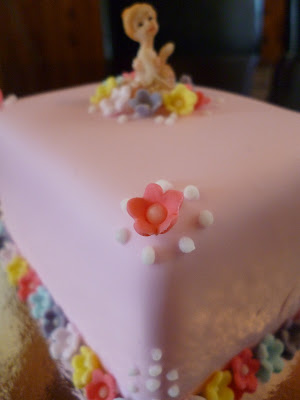 I consider it my prerogative as an aunty to be able to flout rules imposed by parents.  Particularly rules regarding cake!  Now....to tell mum that one...!!
Posted by Shelley