Today Lucky Phil and I played tourists in our city. 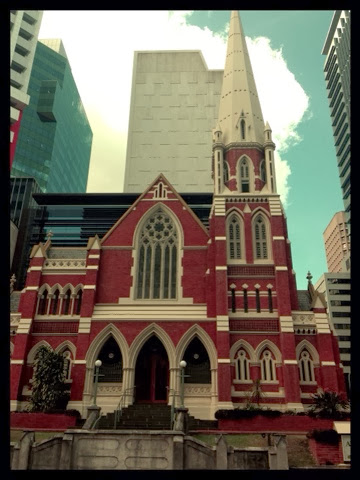 It was fun.  We had a $100 budget and had to occupy ourselves, feed ourselves and get to where it was we were going and do what it was we wanted to do, all within that constraint.  Just as if we were travellers.
We started by catching the train to the Roma Street Parklands for a wander.  We've been talking about checking out the Parklands since we moved back 11 months ago.  Finally we got there. 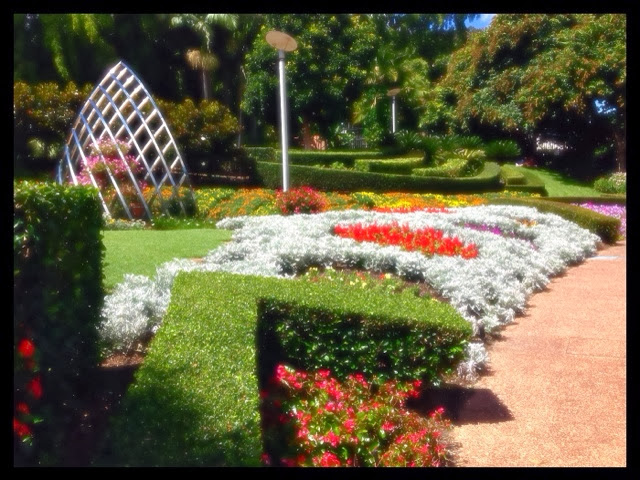 They were really pretty and well designed.  Plenty of space and quiet nooks for escaping the crowds.  I can see us returning with a picnic blanket, some cheese and bikkies, and a bottle of wine and plastic wine glasses (the park rules specify that you are allowed to decant your alcohol from glass bottles into plastic drinking vessels but you aren't allowed to actually drink from glass containers.  I can work with these stipulations!).
I was amazed by the frill necked lizard population - they are everywhere!!  I think we stopped counting at twenty when we were only half way round.... 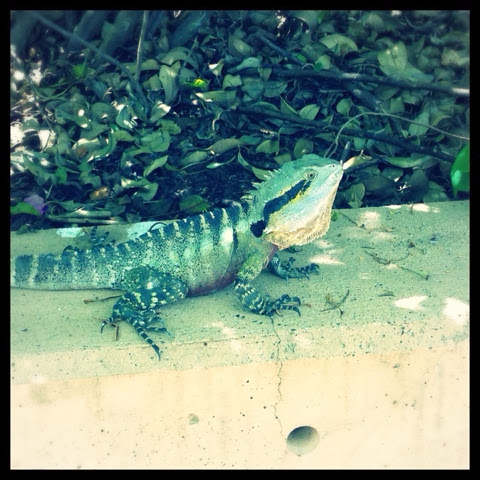 Just before we left we came across a tree snake on the walkway - well actually, another visitor pointed it out after we had walked passed it obliviously - but I couldn't stop the whole-body shake I had going on to take a photo.  I don't do snakes at all.  Plus, I don't need a photo of a snake in my camera roll to scare the bejeezus out of me when I next flick through my photos!
We then headed into the city via the Queen St Mall.  Stopped off for lunch outside City Hall and ended up on a tour of the clock tower at City Hall and then a wander through the Brisbane Museum on the third floor.  Who knew that existed, the Brisbane Museum?  Or the clock tower tour?  Best of all, FREE!! 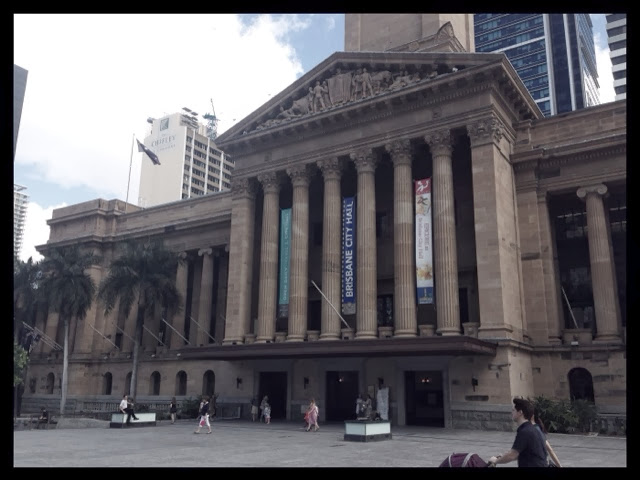 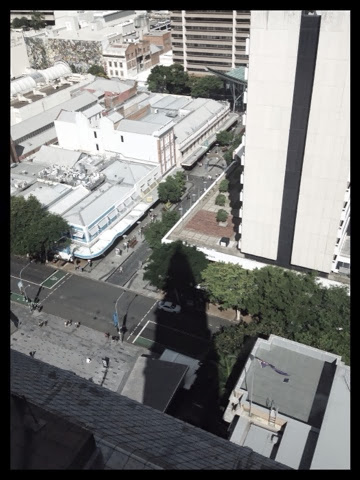 Once we were museumed out, we kept on our track up the mall and joined the queue for a gelato cup (if people are queuing, it must be good right?).  We people watched while we devoured our little cup of sugary, chocolatey goodness - gee the world is full of interesting people ..... 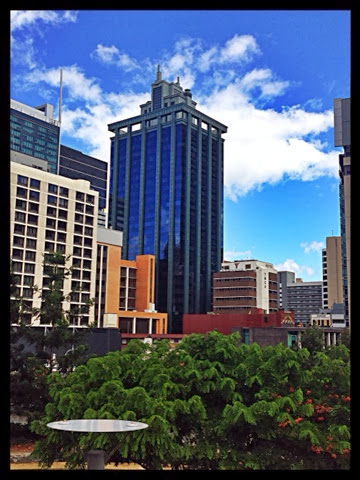 Across the William Jolly Bridge and into Southbank for some more people watching.  This time we caught the tail end of a wedding by the river.  Great day for it.  Watched people some more (and lots of kids rolling down grassy hillls - my skin is itching just thinking about it) and then found a bar for a beer and a wine on our way back to the train station. 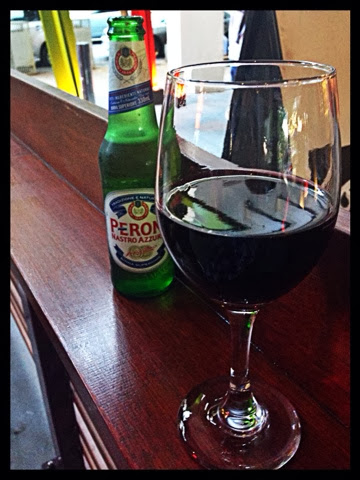 And now we're back home - happy tired from a good day out and still too full of gelato to even think about eating anything for dinner.  Maybe later.
Definitely going to do a tourist day again - it was fun!
Posted by Shelley